Be the Change at Leicester with Hastings Direct for Heroes Training 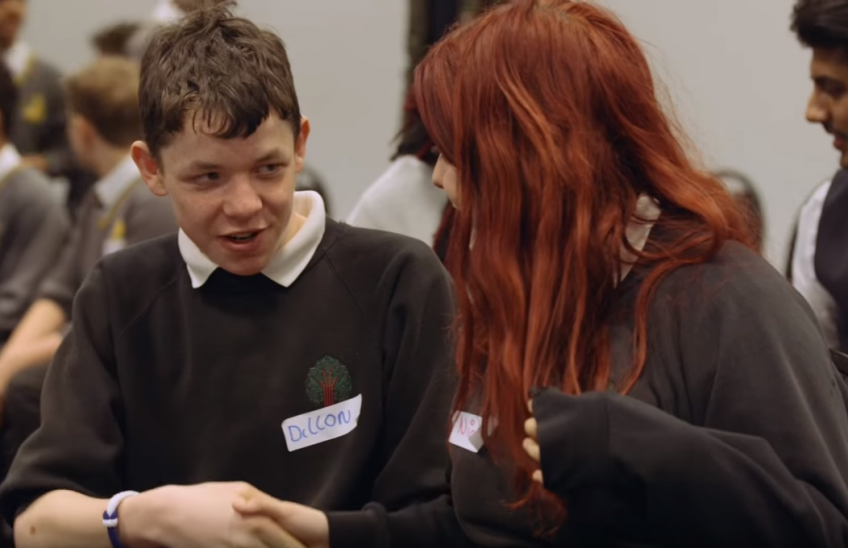 On the first day it was really emotional. I started to relate to the younger people. It was totally my experience when I was at school as well.

Hasting’s has offered a lot of opportunities for me. It’s a chance to give back to the community here.

Today’s day 3 of heroes training. It’s been really good so far. In the morning we were in pairs and just got to know people, ask questions. Recently in school I’ve been quite bad, but if I want to get a good job when I’m older or be a better person I need to cut out all of this and everything will be a lot better. I think that’s going to be my change.

I was bullied, just a little. Because of that, I stood up for myself. I used to get into a lot of fights. After I’ve been here, I’ve just got more confidence and just behaved more and walked away from the bad things.

For the kids, I feel like their confidence is growing. Their awareness about what is out there in the world and not just thinking about one goal and thinking that grades are the only thing that are going to make you a success in life.

The business volunteers have been really helpful because they’ve listened to you and just inspired you. They understand what you’ve been through, what you’re going through.

It’s been a really inspirational day. I’ve really enjoyed it personally. The kids have really surprised me with what they’ve come up with. The kids I’m mentoring have really started to think about their careers and their futures.

It’s the third time that we’ve met and the attitude with some of them is so different and you can see visibly their confidence has grown in them, which has been really moving to know it’s actually making a difference for them, and it’s changing my map of the world.

It’s not every day that I speak to young people, and in doing that I feel like I’ve grown another skillset.

It was frightening at first because everyone was older than you. You felt quite excited because you didn’t know what was going to happen. Everyone started clapping so it boosted my confidence. I think the oldest students are quite good role models. They were teaching us quite a lot. They were talking about what happened to them while in primary school.

It’s really good to see the children get to know some other students. It was also really nice that the leaders gave them a voice.

I’m really scared in front of people. I had fun today. We’re learning about how to keep yourself up when you get to your high school and show the smaller ones how you’re meant to act.

Be The Change has been a really powerful and eye opening experience. I wish that I’d had it when I was in school to get you to think more about life instead of just that pecking order at school and what your friend are doing, actually think about where you want to be and how you can help other people along the way as well.

It’s been really life changing for myself and I think for the students who’ve been involved.